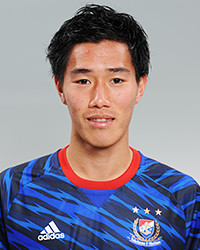 JFA announced its national team for FIFA U-20 World Cup 2017 in Korea on May 2nd via live stream. F.Marinos mid fielder Keita Endo was named in the team.

Endo will leave the team to join his fellow team mate from May 11th.

The tournament will be held in South Korea from May 20th to June 11th.
Japan is in the same group with South Africa, Uruguay, and Italy.

Their first match is on May 21st against South Africa.