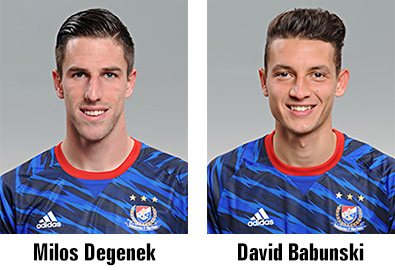 Both Milos Degenek and David Babunski has been named in their national team for 2018 FIFA World Cup qualification which takes place later this month.

Milos and Australian national team also known as "Socceroos" are going to face Iraq on March 23rd in Tehran, Iran. Then moving back to home in Sydney to face United Arab Emirates on March 28th. Australia is currently sits third in group B standing behind Japan and Saudi Arabia.

David has been featured in Macedonia national team since 2013. On March 25th they are going to face Liechtenstein. Macedonia is currently 5th place and looking for a first win to keep the world cup qualification hope alive.